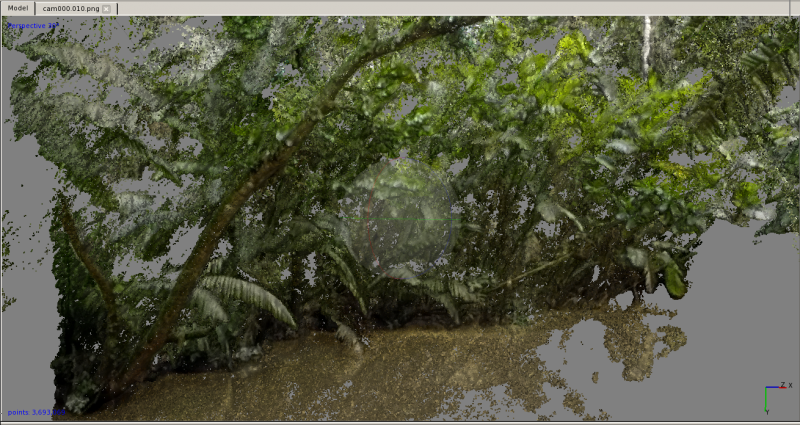 All point clouds and meshes were created using extracts from the JauntOne camera from all 24 raw cameras in AgiSoft.

The pipeline consisted of extracting 2 frames per second out of each of the 24 cameras using ffmpeg, and performing a brute force camera alignment and point cloud generation.

No consideration was paid to setting markers or any manual input besides organizing and importing photos.

Observations (not particular to Agisoft): 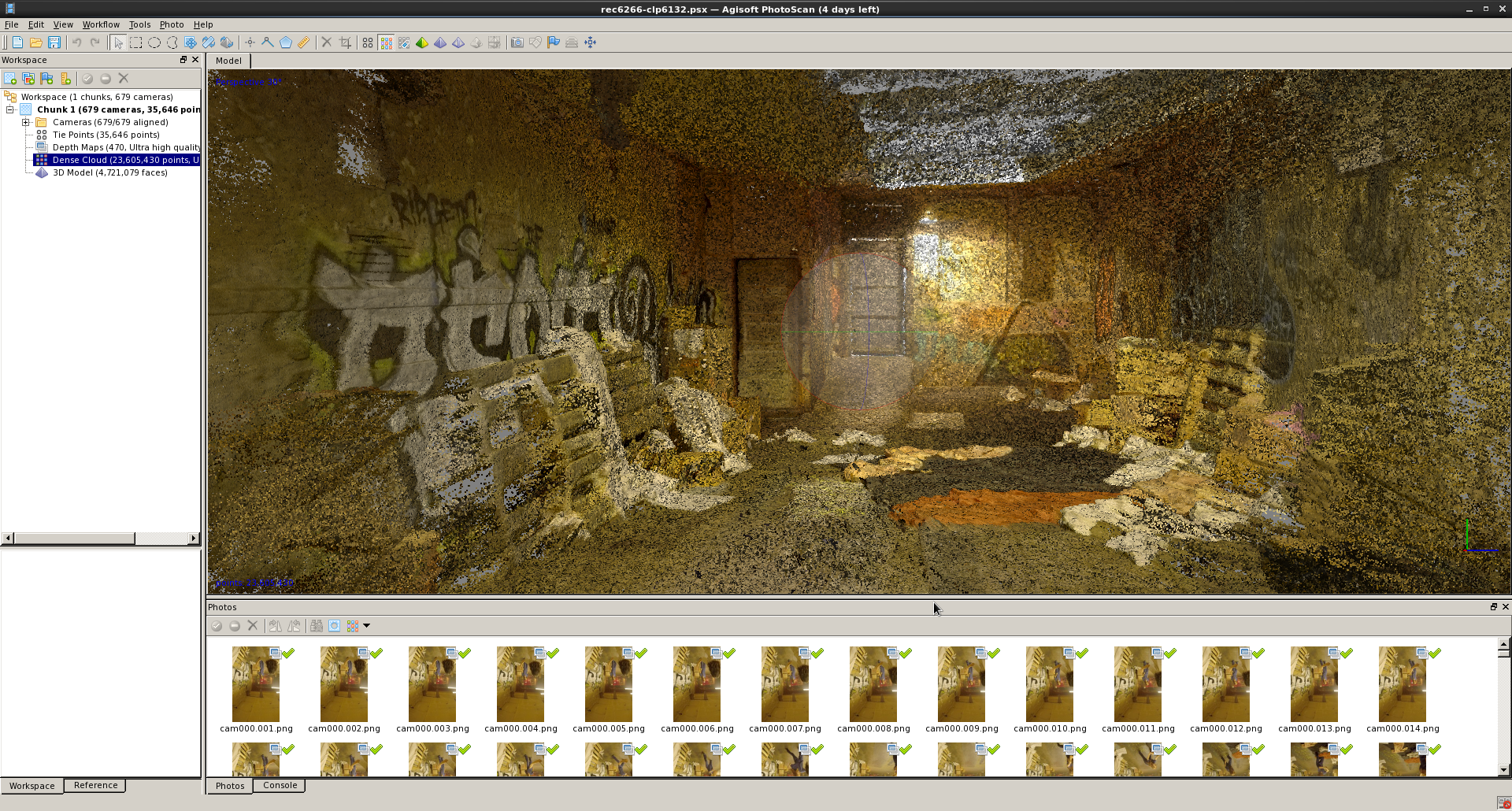 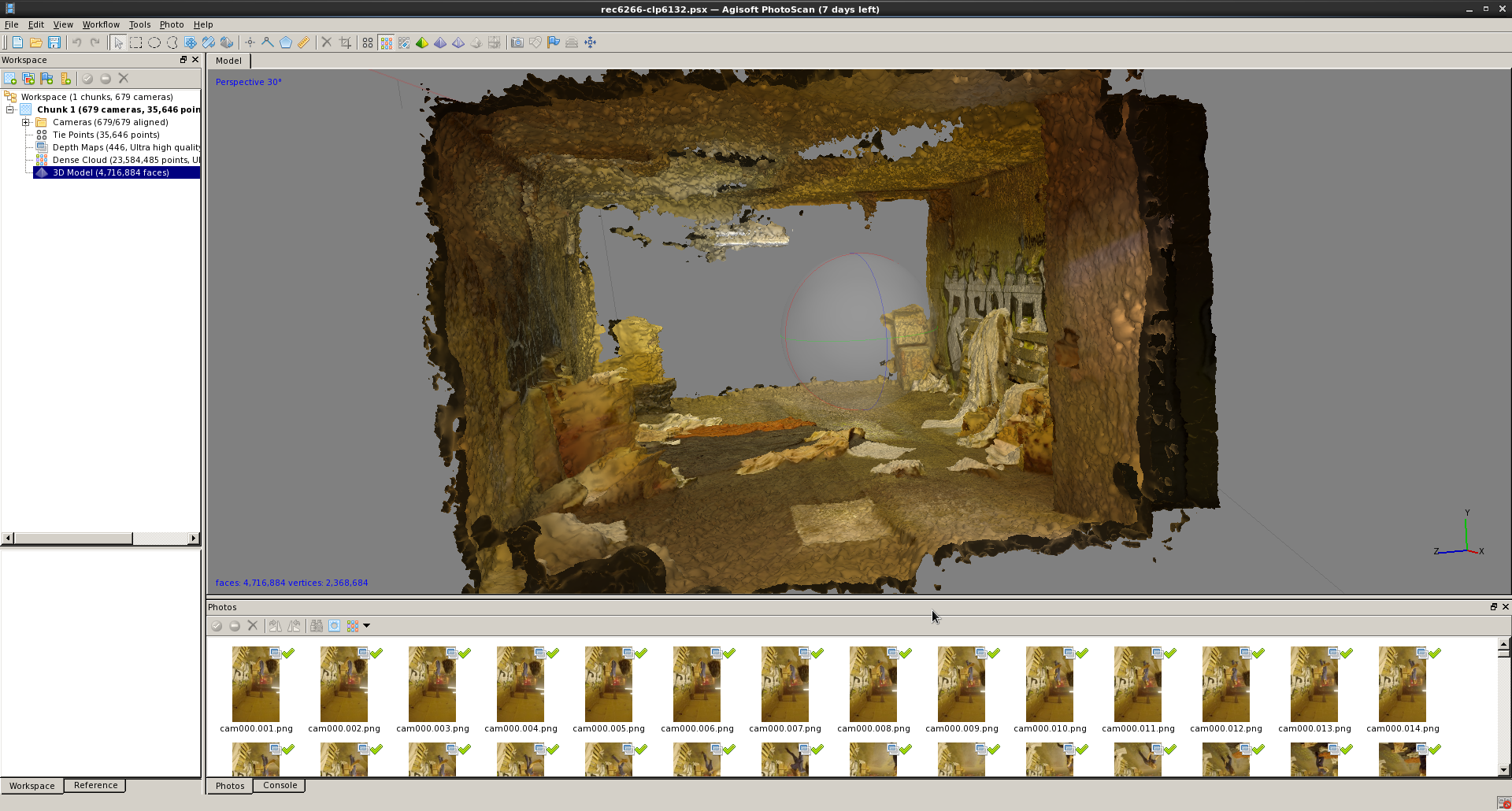 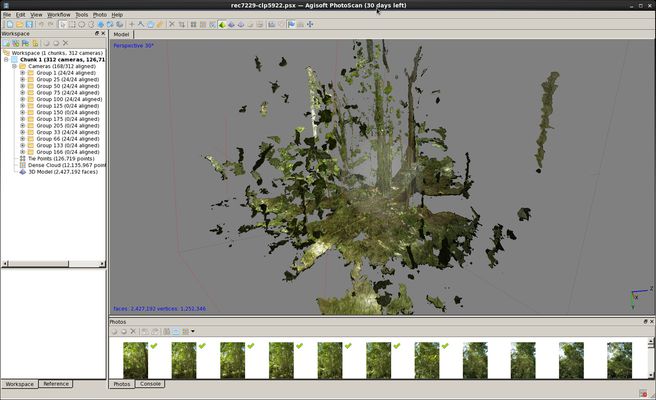