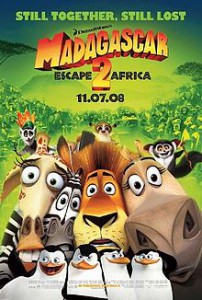 Madagascar: Escape 2 Africa is a 2008 American computer-animated comedy film written by Etan Cohen, and directed by Eric Darnell and Tom McGrath. This sequel to the 2005 film Madagascar continues the adventures of Alex the Lion, Marty the Zebra, Melman the Giraffe, and Gloria the Hippo. It stars the voices of Ben Stiller, Chris Rock, David Schwimmer, Jada Pinkett Smith, Sacha Baron Cohen, Cedric the Entertainer, and Andy Richter. Also providing voices are Bernie Mac, Alec Baldwin, Sherri Shepherd, Elisa Gabrielli, and will.i.am. It was produced by DreamWorks Animationand distributed by Paramount Pictures,1 and was released on November 7, 2008.

The film starts as a prequel, showing a small part of Alex’s early life, including his capture by hunters. It soon moves to shortly after the point where the original left off, with the animals deciding to return to New York. They board an airplane in Madagascar, but crash-land in Africa, where each of the central characters meets others of the same species; Alex is reunited with his parents. Problems arise, and their resolution occupies much of the remainder of the film.

The film won the 2009 Kids’ Choice Award for Favorite Animated Movie.[2] The film was dedicated to Bernie Mac who died before the film’s release. 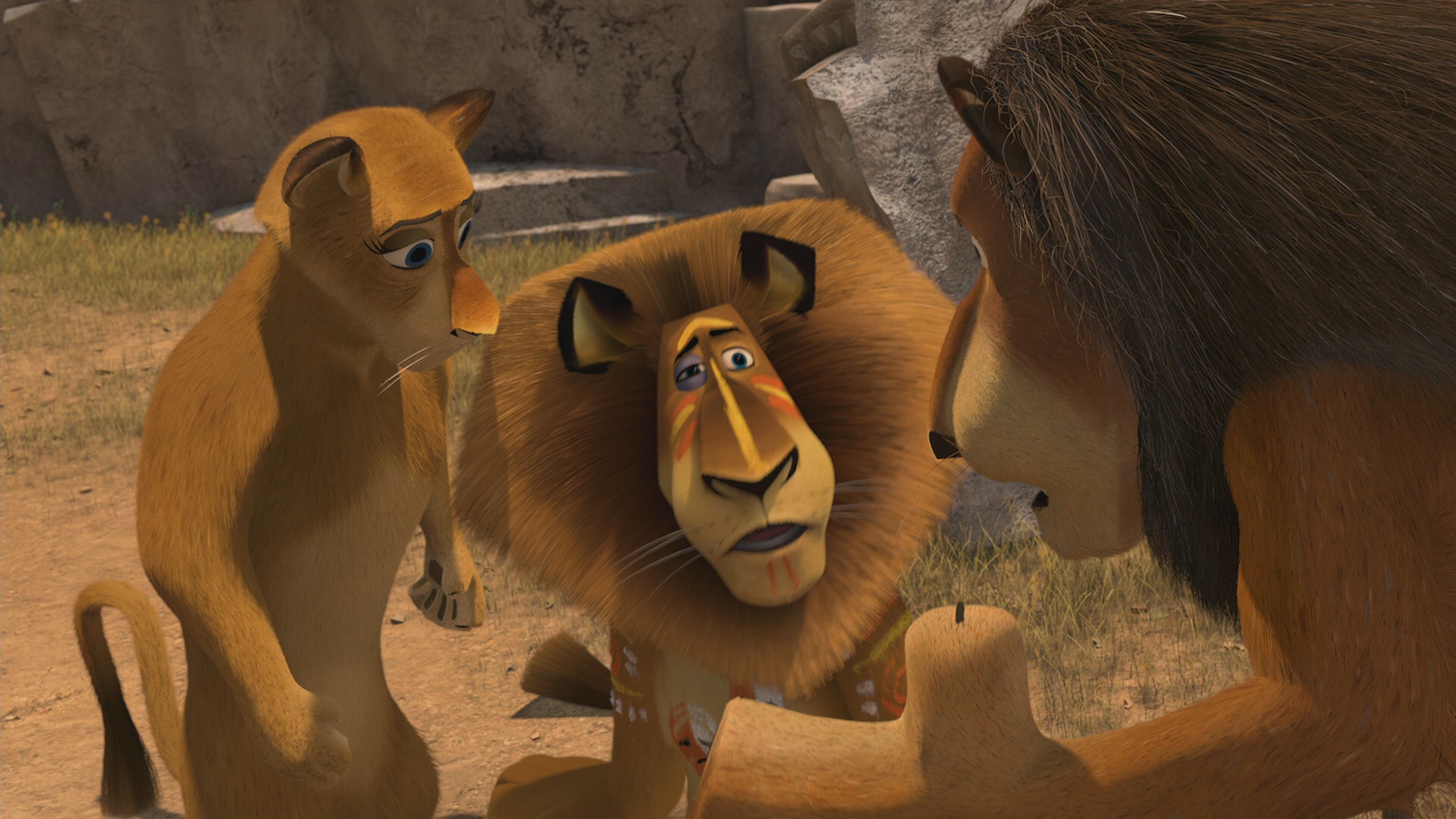 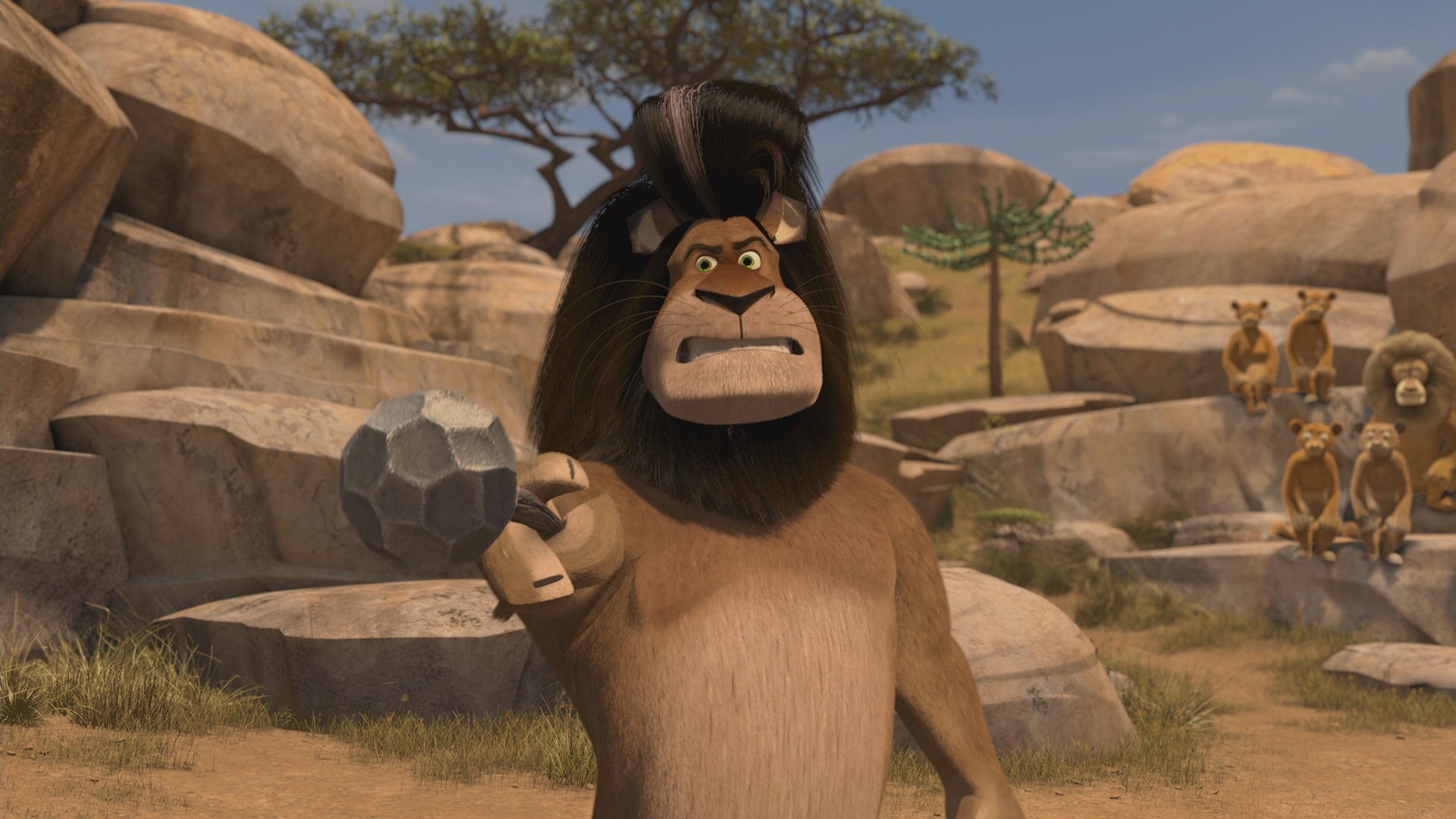 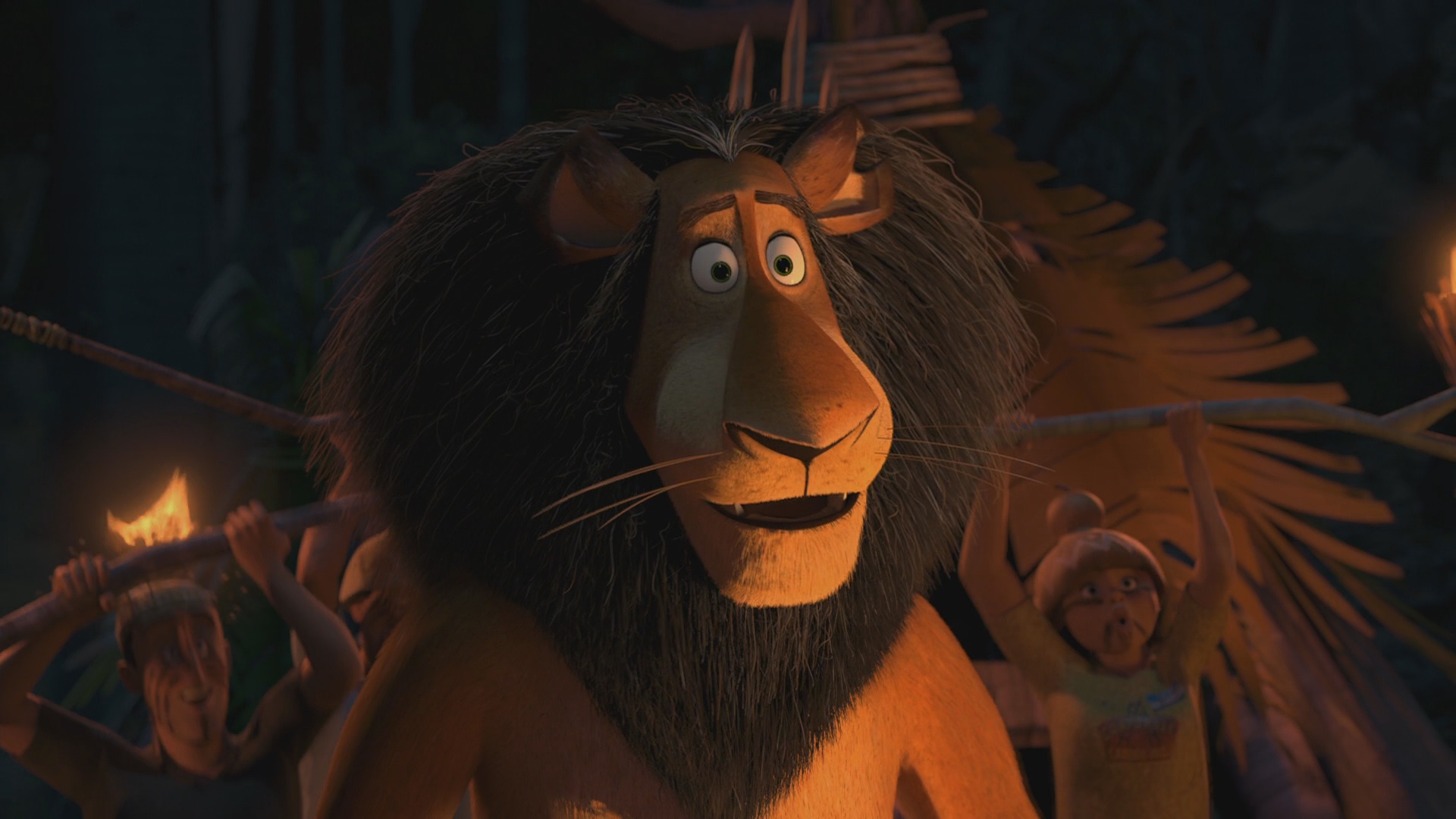